When I heard that our Summer Reading Theme would be “Get a Clue at the Library,” I knew that I had to include a Spy Camp program for the kids!  I spent a lot of time on Pinterest, finding ideas of what I could do…then I narrowed it all down to five stations: 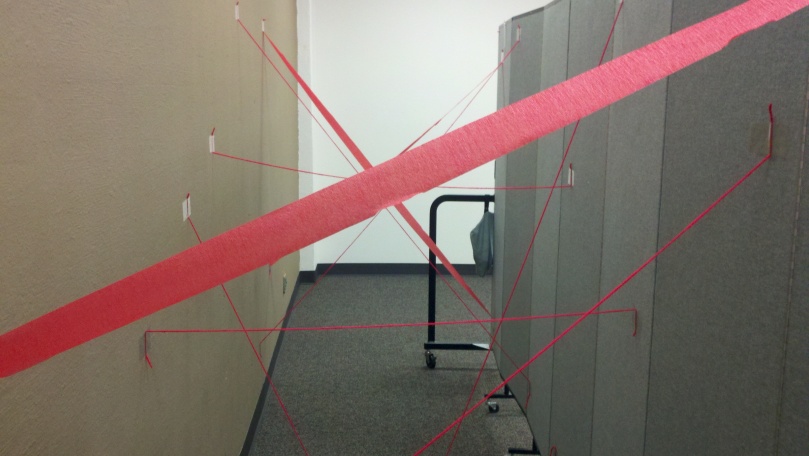 We have a moveable wall in our program room.  Usually we just use it to hang posters and the like but, for this program, I pushed it close to a wall to create a narrow tunnel of sorts.  Then I taped a combination of red streamers and red yarn between the two walls to create a laser field.  This station was incredibly popular with the kids!  Many of them went through it then immediately ran to the back of the line to go through it again!  There were a few incidences where a child bumped into one of the yarn pieces enough to make it fall down, but my coworker just told the kids to tape it back up and continue on.  No harm done. 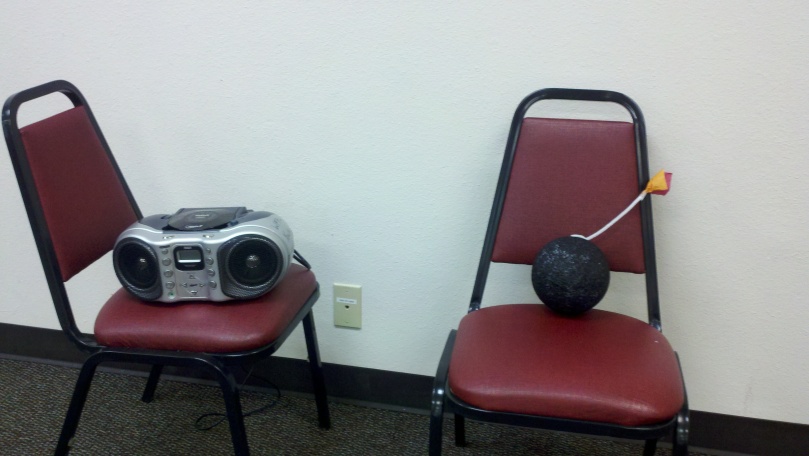 This station involved playing hot potato with a prop I made out of a Styrofoam ball that I painted black, a white pipe cleaner and flame-colored tissue paper.  I downloaded the Pink Panther Theme from iTunes to use in the game.  For the most part, the children were good sports when they ended up holding the bomb when the music stopped.  However, there were quite a few incidences where two children where holding the bomb when the music stopped and we had to do a do over. 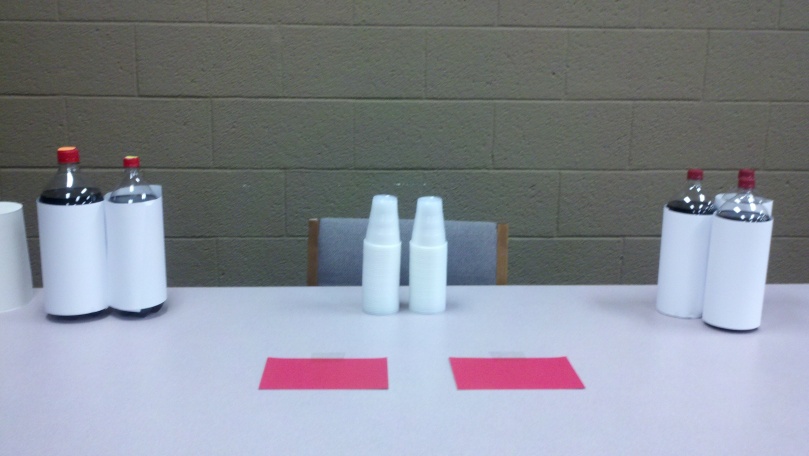 At this station, the kids got to sample two different sodas, and they had to try to guess which sodas they were sampling.  We decided to use soda for this station because we had a lot of Coke and Dr. Pepper left over from a program we did back in May.  However, I think Kool-Aid would have been cool to use too.  Once the kids made their guesses, we had them peek at the answers under the red paper on the table.  Also, we learned that it’s best to remove the caps, cap rims and labels completely from the bottles. 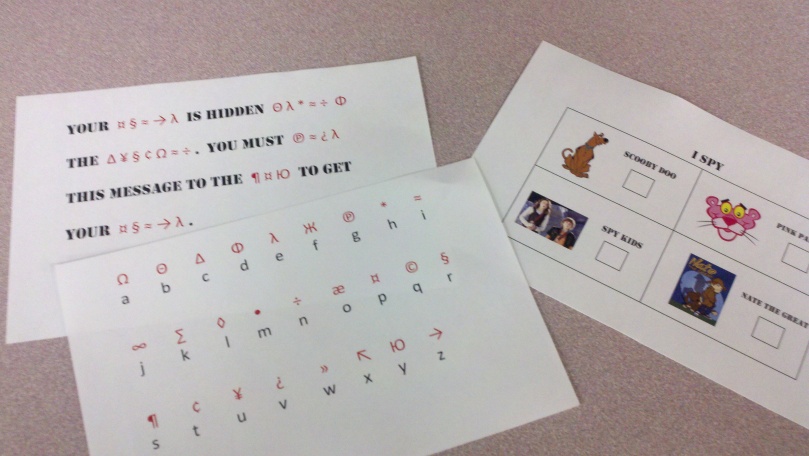 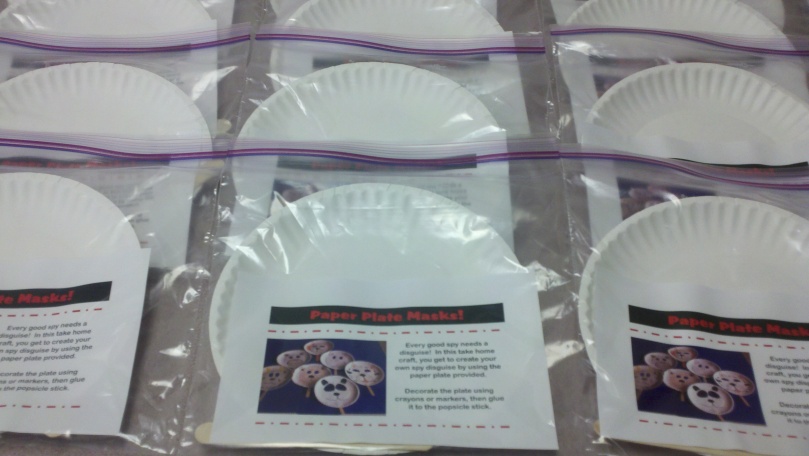 This one wasn’t so much a station as it was a place for them to pick up a take-home craft.  Originally I planned to have them make the craft — paper plate masks — there, but decided against it to save time and space.  I still liked the idea of having a disguise station, so I put the materials in gallon sized bags and made it a take-home craft.

I could not have asked for a better program!  We had 114 attendees, and everything went smoothly.  I had one coworker at each station (except the take-home craft station), plus a greeter.  Children and parents both seemed to really enjoy all the stations, and for the rest of the week, I had patrons come up to me in the library to thank me for spy camp (and, in some cases, ask me when we’ll do it again!).